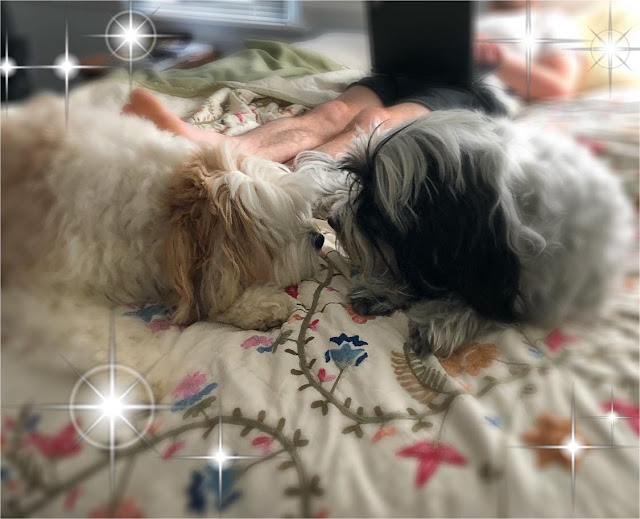 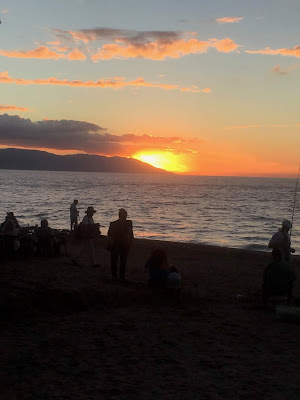 It's that time of year again. I am back from a wonderful, restful, warm visit to Puerto Vallarta to help bring the Holiday Season in. Here at Kiara, new little ones are leaving to make their joyful presence in their new companion homes. That is the best Christmas gift I receive over and over: knowing that the little ones born here over the years have made such an exceptional contribution to the lives of their new families.

Although I have posted my new YouTube Holiday video in this News & Reviews with many of the photos I have been offered, there were many photos that did not get included. Throughout this edition of the Kiara News & Reviews I will place some of those photos that show such inspirational and thought-provoking imaging...like this one below...and the photo of the two TTs touching noses that introduces this News & Reviews Holiday edition. 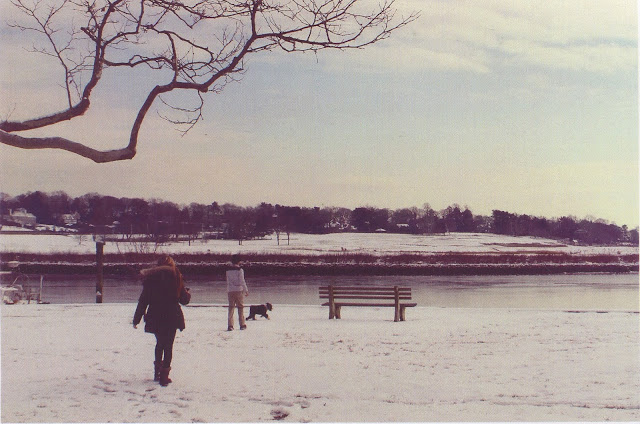 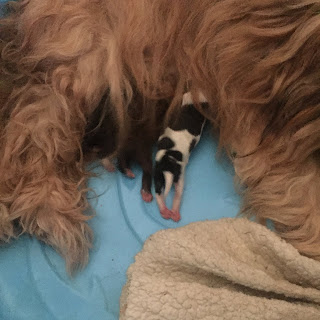 As busy as it has been here bringing in a new litter of little ones and caring for them until they are ready to leave, I have enjoyed hearing from others with the stories and life-time milestones of those who have left the helping pool years ago.


Jerry sent a video along with his note of Zayde's progress. She has started agility.

Hey Dennis,
Zayde is on the smaller side, which I love! And she is the sweetest. Thank you so much,
Jerry 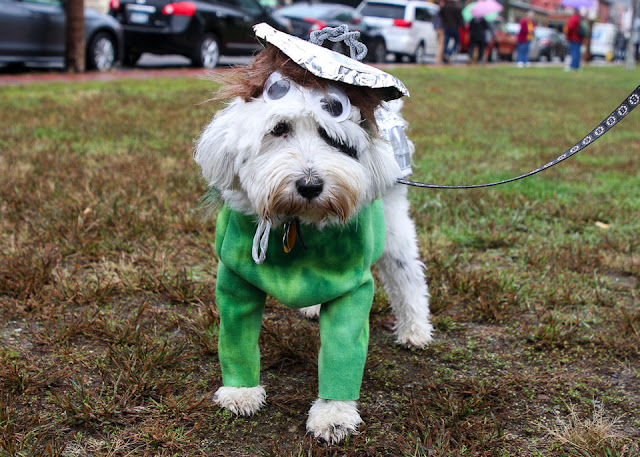 Hi Dennis,I know it’s been a while since I’ve sent you an update, but I wanted to let you know that Doc is doing great!He’s been continuing with his obedience and agility classes, and really seems to be enjoying them. He’s having a few issues with jumping in agility, but we'll get him through that. Next week he starts an intro to rally class. I’m excited to have him try something new!This fall has been busy for Doc. He dressed up as Oscar the Grouch for Halloween and appeared in a few costume 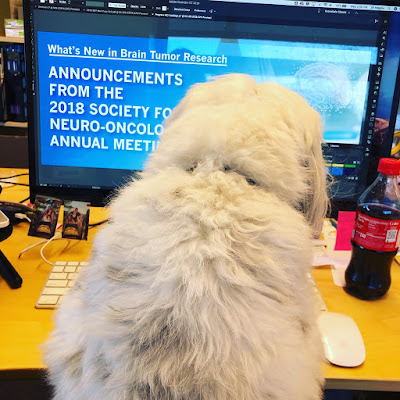 contests. He won second prize for the most creative costume at the Salem Howl-o-Ween Pet Parade! He also won a few other prizes at smaller local contests. He also attended the National Brain Tumor Society Boston Walk and wore his costume to help bring smiles to people’s faces! He was a huge hit!

Last weekend he appeared as a fashion model in the Bark-Happy/Nordstrom Fall Fashion Show to benefit PAWS (New England and Missing Dogs of Massachusetts). Doc did excellent and walked the runway in his black jacket like a seasoned supermodel. We were super excited because we met another Tibetan Terrier (from NY) named Zoey at the event. The funny thing was, she and Doc looked very much alike, except she had a black ear and he has the black eye! 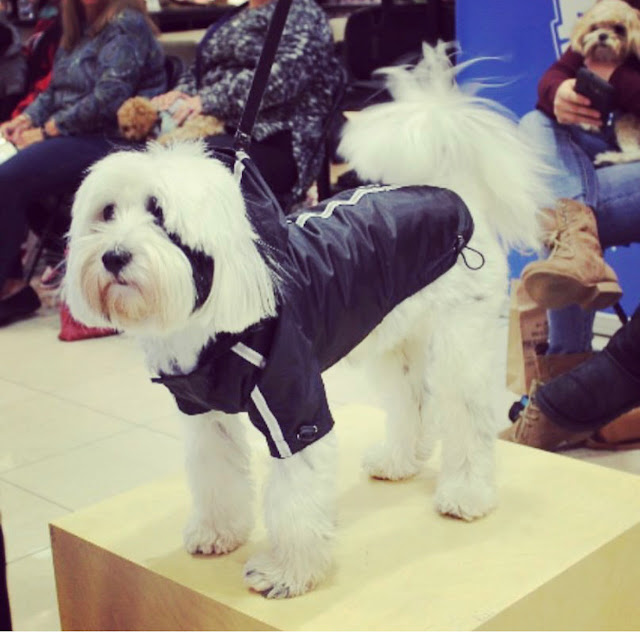 Doc is also still coming to work with me a day or so a week, and he is still trying to steal my job! Attached, along with this Halloween and model photos, is a pic of him at my desk designing a web banner. Who knew he was that talented!Hope all is well with you and you are having a wonderful Thanksgiving and holiday season!

And so comforting to know that --although I do not remember the many birthdates-- that their owners celebrate them every year. 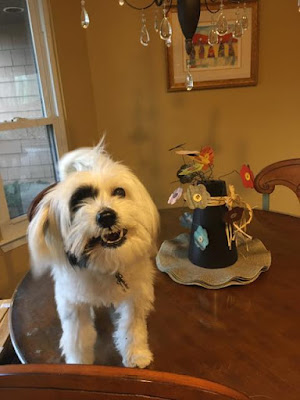 Dennis!
Can't believe it but...Happy 10th Birthday to Mallomar! She keeps us laughing, loving, and yelling every day!!!
Michelle 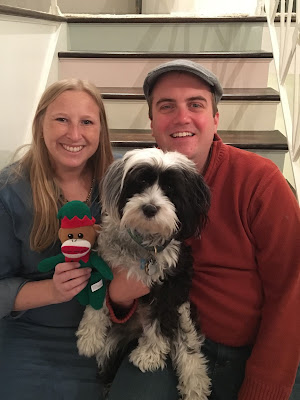 We received your adorable card – thank you! We are picking hours off this evening, but wanted to share some additional memories of our little family with you! Jai is our pride and joy –a true blessing to us! She is still only 20 pounds so we travel with her all the time (here she is in her bag). We saw Santa this past weekend at our dog park in the North End. She has quite a little personality, and grew into a beautiful girl. Groomer tomorrow lol (she needs it!) Have a really nice Christmas! 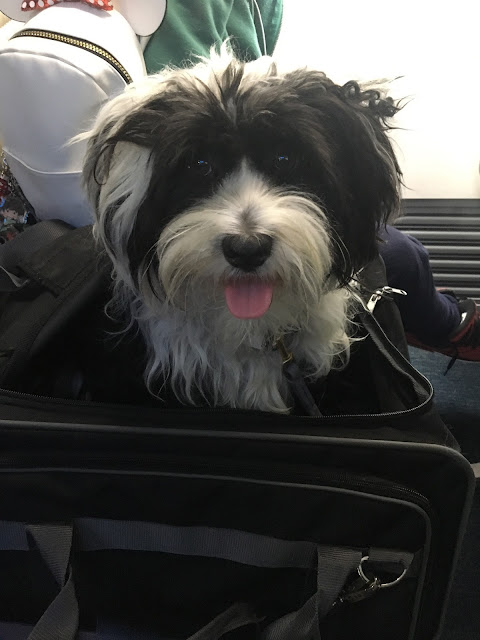 Not all the news is about the beginning...or the middle of their lives...but are of the end. Lily made a great companion and because of her and her life inspired a desire to look for another. Many times when they pass over the Rainbow Bridge, it takes time to grieve and think about a new companion. 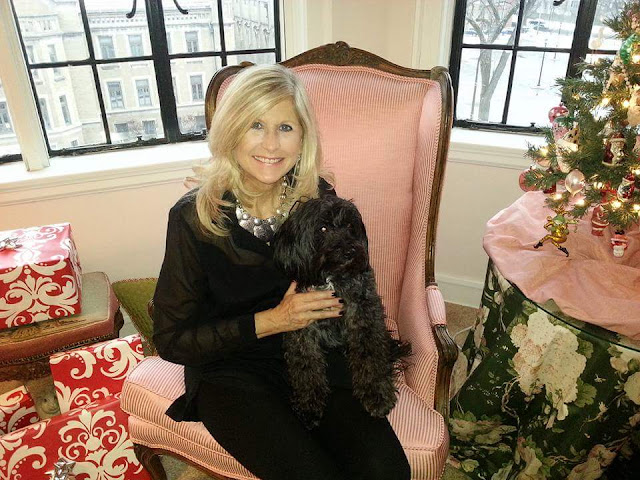 
Hope you remember me, I picked up/adopted Lilly from you in March 1999, we met at the Boston airport. I was with the Chicago Tribune.


I lost to Lilly August 2016, she was just shy of her 17thbirthday. It has taken a bit to get over her just as it did my first Tibetan Alex. I think I’m ready to get another Tibetan.


Would love to hear from you about this. Thanks so much and hope all is well with you.

Since 2008 I have prepared a YouTube video of photos I have received from all the wonderful TT families who have made a loving home for a Kiara Tibetan Terrier. I saved them all, scan the holiday cards, and try to include most of them. This year is no exception. I hope you take a moment to view the YouTube video to help celebrate the Holiday Season and this exceptional breed.


A couple other received TT photos: whether alert or asleep or grouped together to frolic a TT walk... 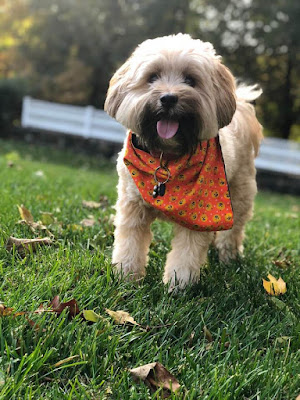 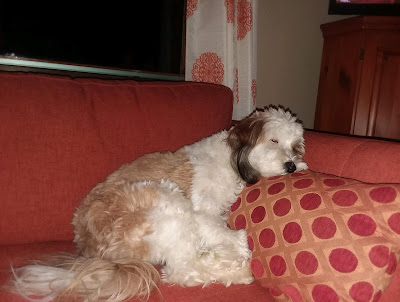 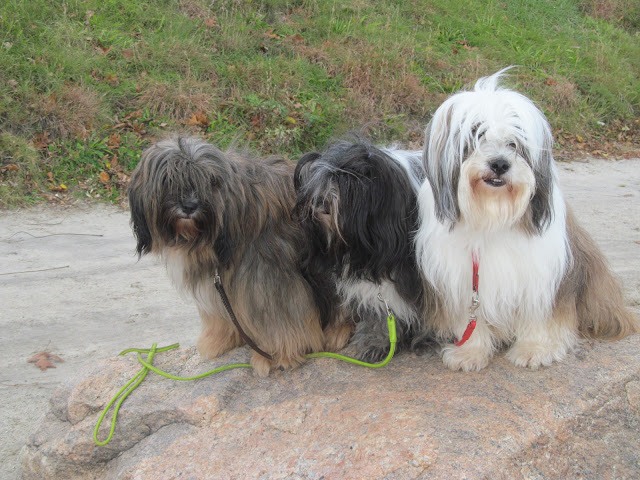 One last inspiring and thought-provoking photo I found so appealing to end this edition of the Kiara News & Reviews: 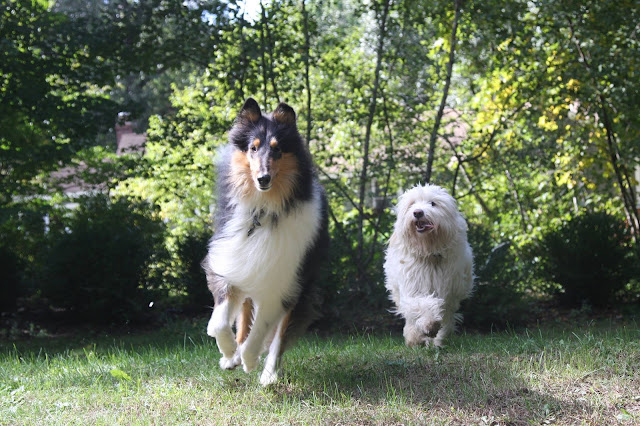 Posted by Kiara Tibetan Terriers at 9:00 AM No comments: