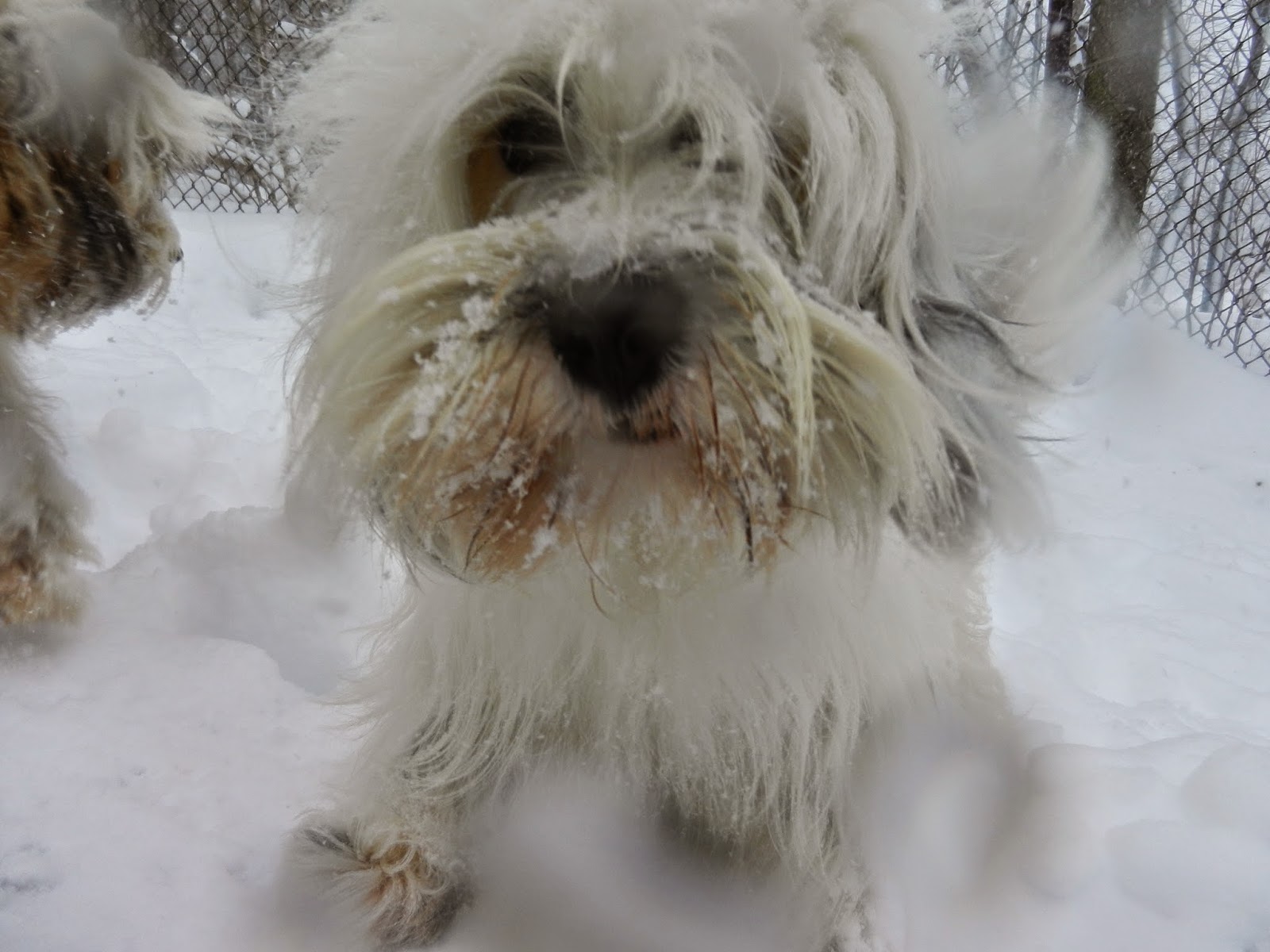 Following along with the turn of a calendar page usually comes with active thoughts of change: a resolution. Mine this year is to continue to examine the changes allowed to slip by slowly over the years in my beloved breed. Many can cite lots of moderned-up fixes. Everyone rationalizes why their TT is so tall: it's the food, it's natural, or they'll come down on their pads. And not concerned about the irons that use to be kept in hotel rooms far away from the eyes of other exhibitors…because now you see them straightening hair practically at ringside. After all, it’s a dog show. More concerned about the structural changes that have become alarmingly noticeable in rings today. Recently an article appeared about this very concern:

"The Modern-Day Fairy Tale: The Myth of Reach and Drive"
By: Kathy Lorentzen

The theme of her piece captured my attention immediately:

“In the past, when breed type was more important than exaggeration, flash and showmanship, there was more understanding and acceptance of the varying trotting styles than there is today.”

My favorite and insightful quote from her article:

"In the quest to win, fanciers have in many cases changed the basic proportion and structure of their dogs away from the useful norm toward strange exaggerations with unbalanced angles and bone lengths that produce incorrect side gaits. The long reach and high lift and kick may be eye-catching, but it is incorrect and inefficient."

She hits the nail on the head. It certainly spotlights how fanciers can change a breed into something it wasn’t meant to be…other than a show dog. Bulldogs, Scotties, and many other breeds have gone through these fancier-adjustments. And not necessarily to the benefit of the health or form of any breed. For centuries TTs remained unchanged. Human hands utilizing the “selection” process in breeding can make disastrous/”pretty” adjustments. Soon, the relatively moderate, mid-size mountain dog becomes something else. Check out our breed rings today. A Tibetan Terrier is a mountain dog. It is sure-footed to endure that terrain. Structured to move on the ledges, crags, and uneven surfaces found in a mountainous geography; not a coursing dog like an Afghan Hound meant to race across the plains. It is so wrong.

In stead of perfecting what is meant to be, breeders have created something new meant to catch the eye…like that “lift and kick” seen so much in the show rings…and, I may add in FaceBook photos being posted acclaiming such exaggerated movement as exemplary for the breed.

The URL for this article is:

It is worth the read.

Now on the lighter side. 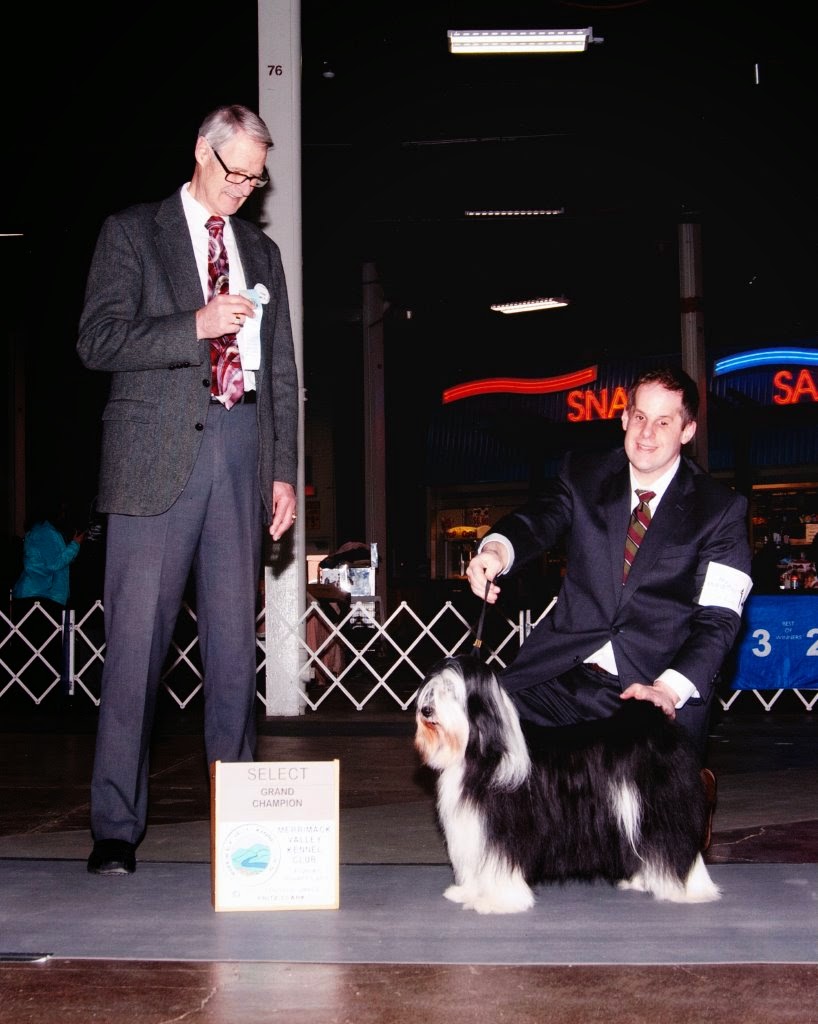 In another kind of ring: 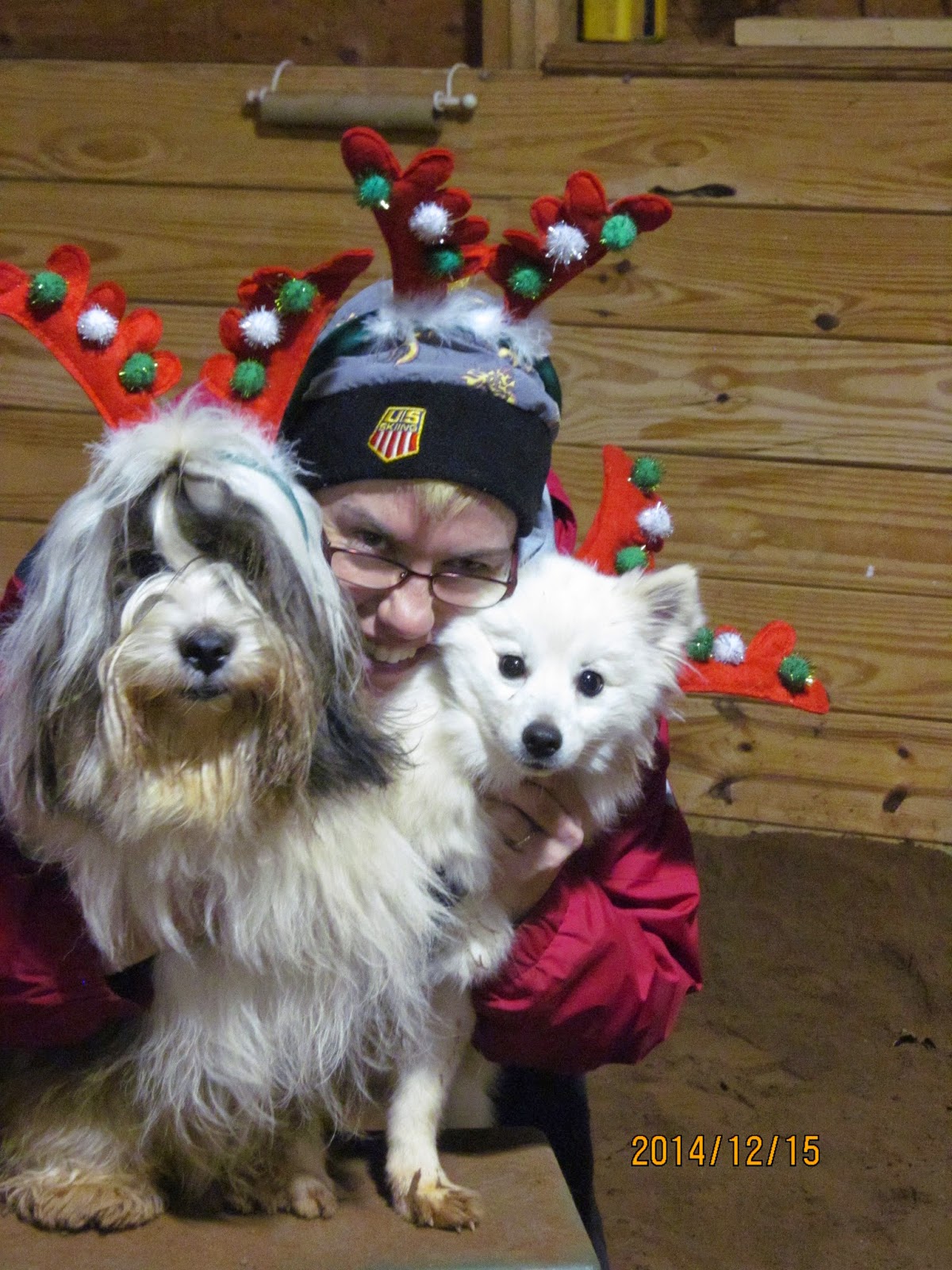 Cooper is having so much fun at agility.  Here he is with his best friend Thumper and Thumper’s mom.  Cooper is a little dirty.  They just finished an hour of agility and 20 minutes of rough housing in the horse barn. 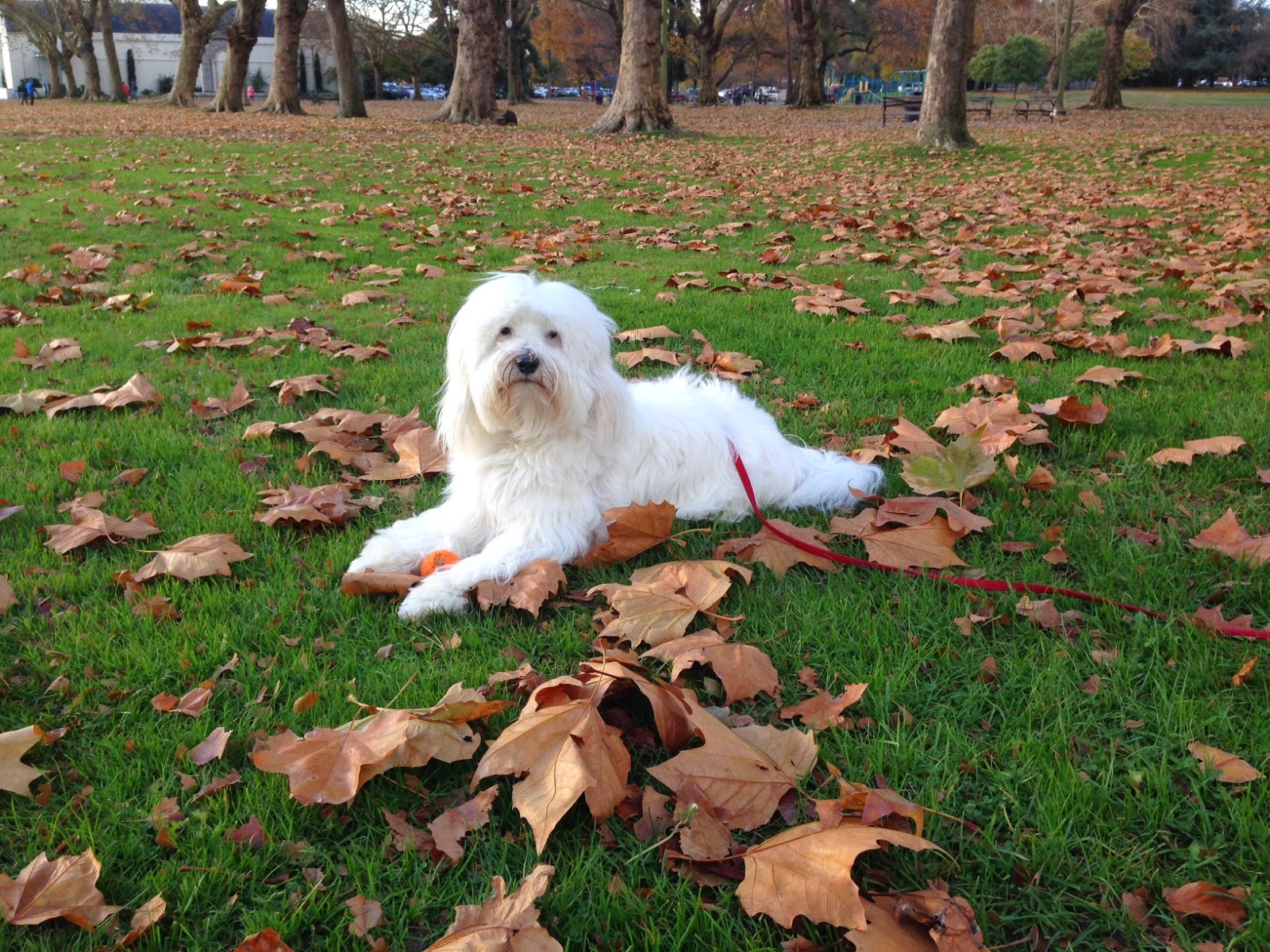 Happy new year! The snow photos from the Boston area are crazy! Glad to have escaped the northeast, I'm a snow wimp. 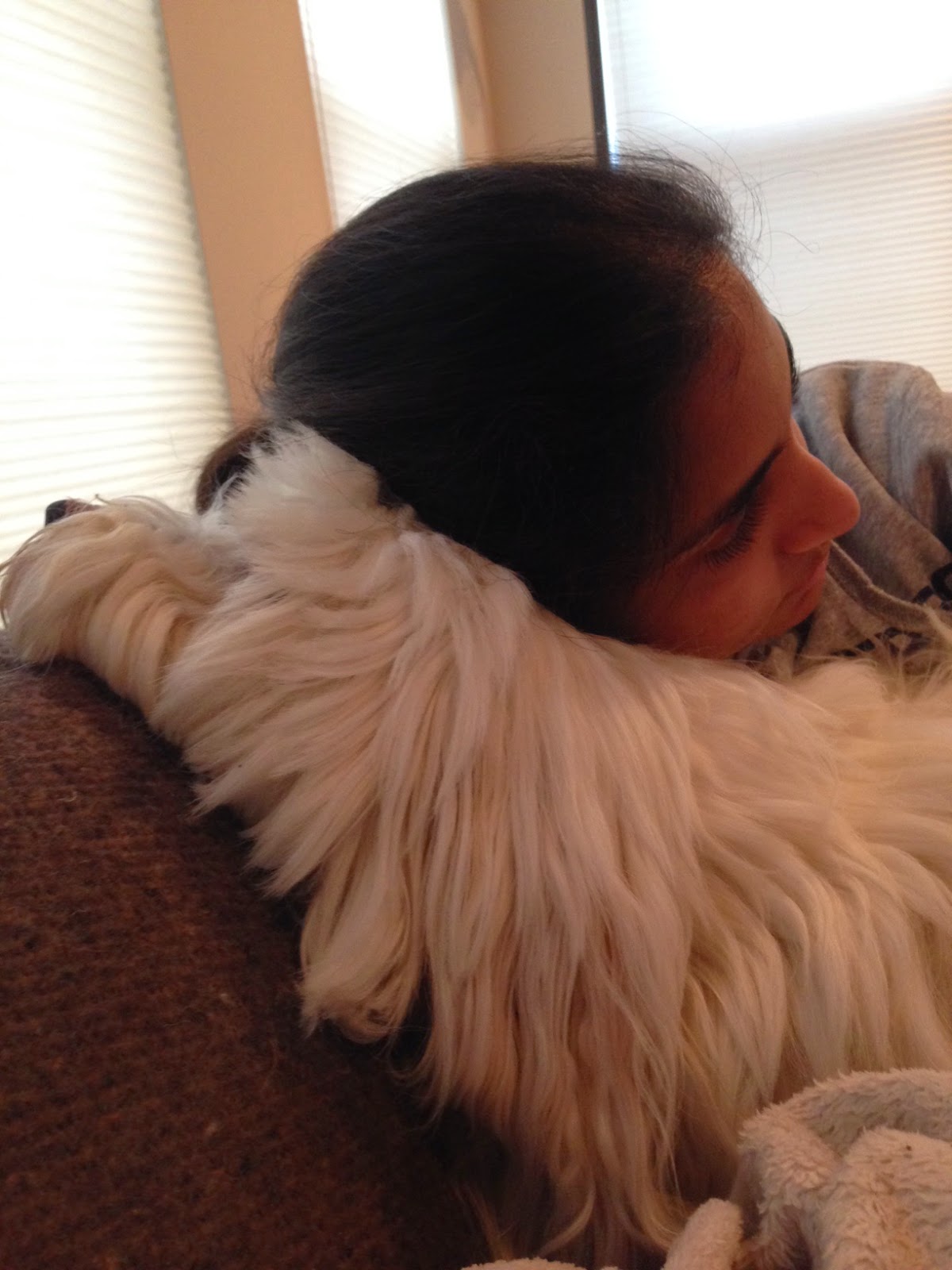 We are all settled into our new home (with a backyard!) and Felix is loving it. He loves running up and down the stairs and sleeping on our pillows. We are thinking the time is approaching for a little brother for Felix! Are you planning litters this year? I would absolutely fly there to pick up Felix's baby brother. No cargo, ever. Do the little pups typically do ok under the seat? The flight is around 6 hours. 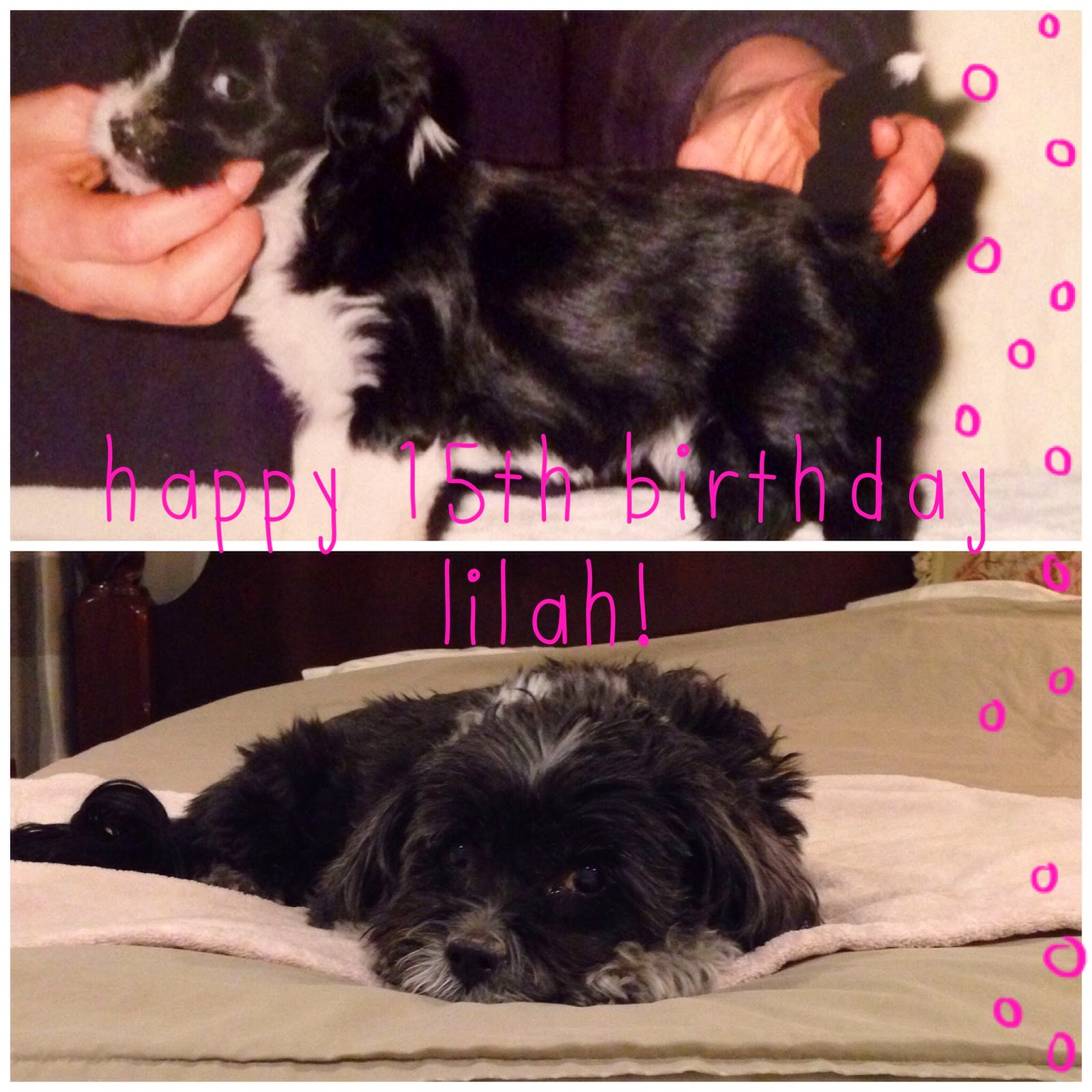 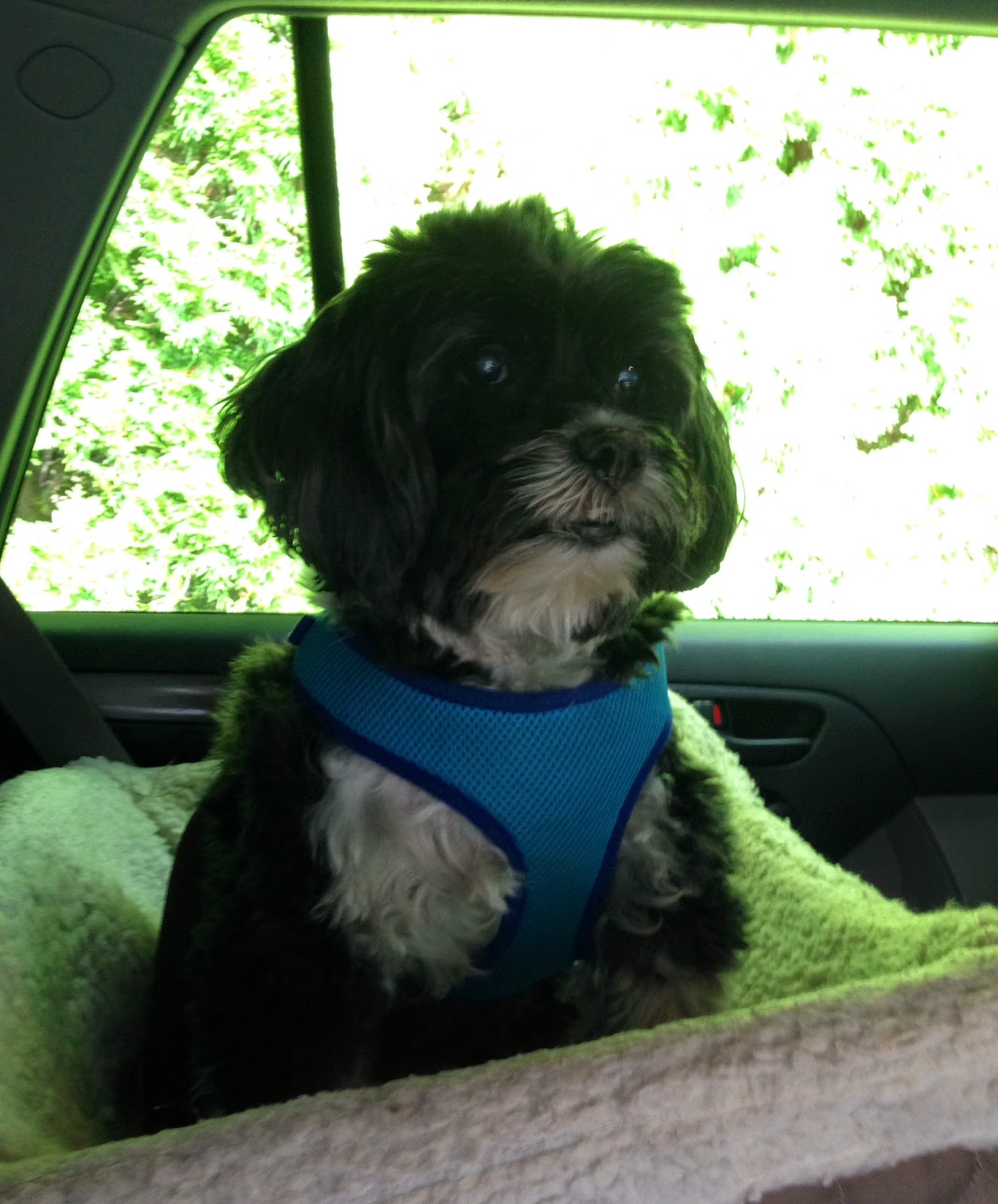 I just emailed you at your website. This is Lilah with you and Lilah yesterday on her 15th birthday. She's amazing!!! We thank you regularly for her!!! 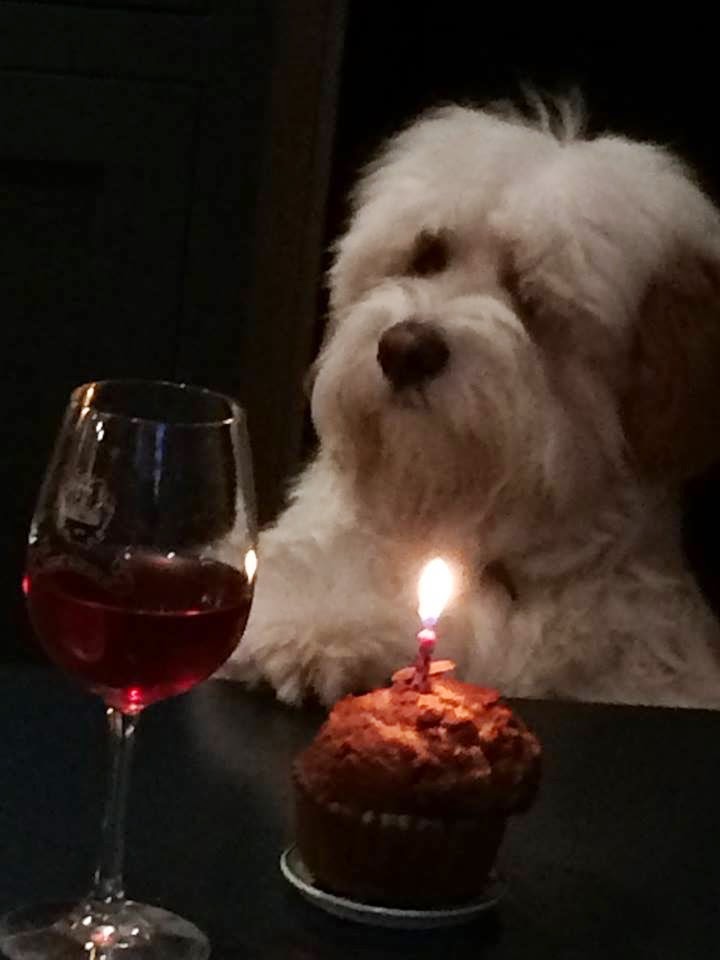 Thank you for your Christmas greeting.

2014 was mostly dedicated to the nurturing of Kailash.  He's a very social, little (well, not really....eating is his favorite thing to do) guy and is a popular attraction wherever he goes. 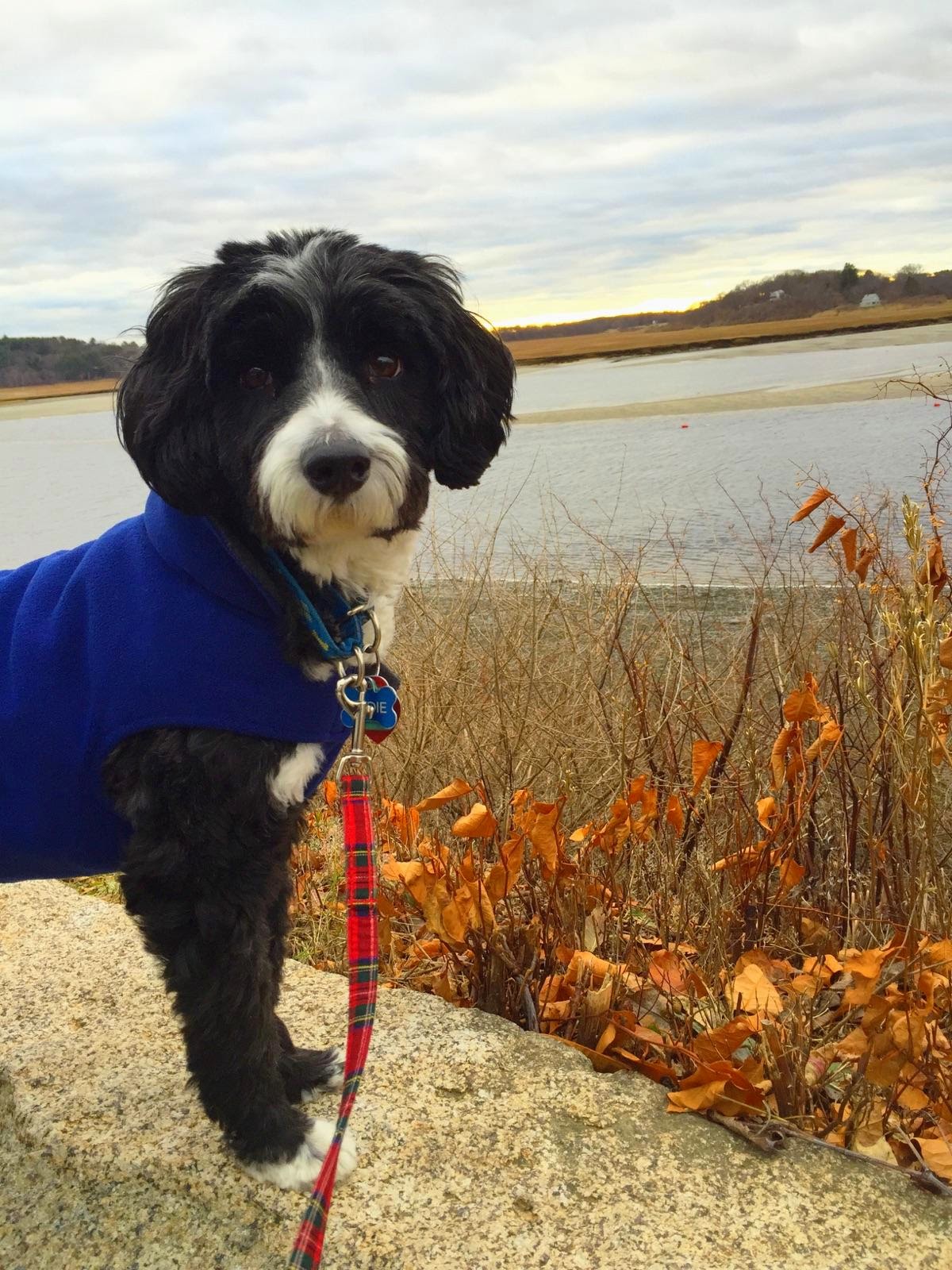 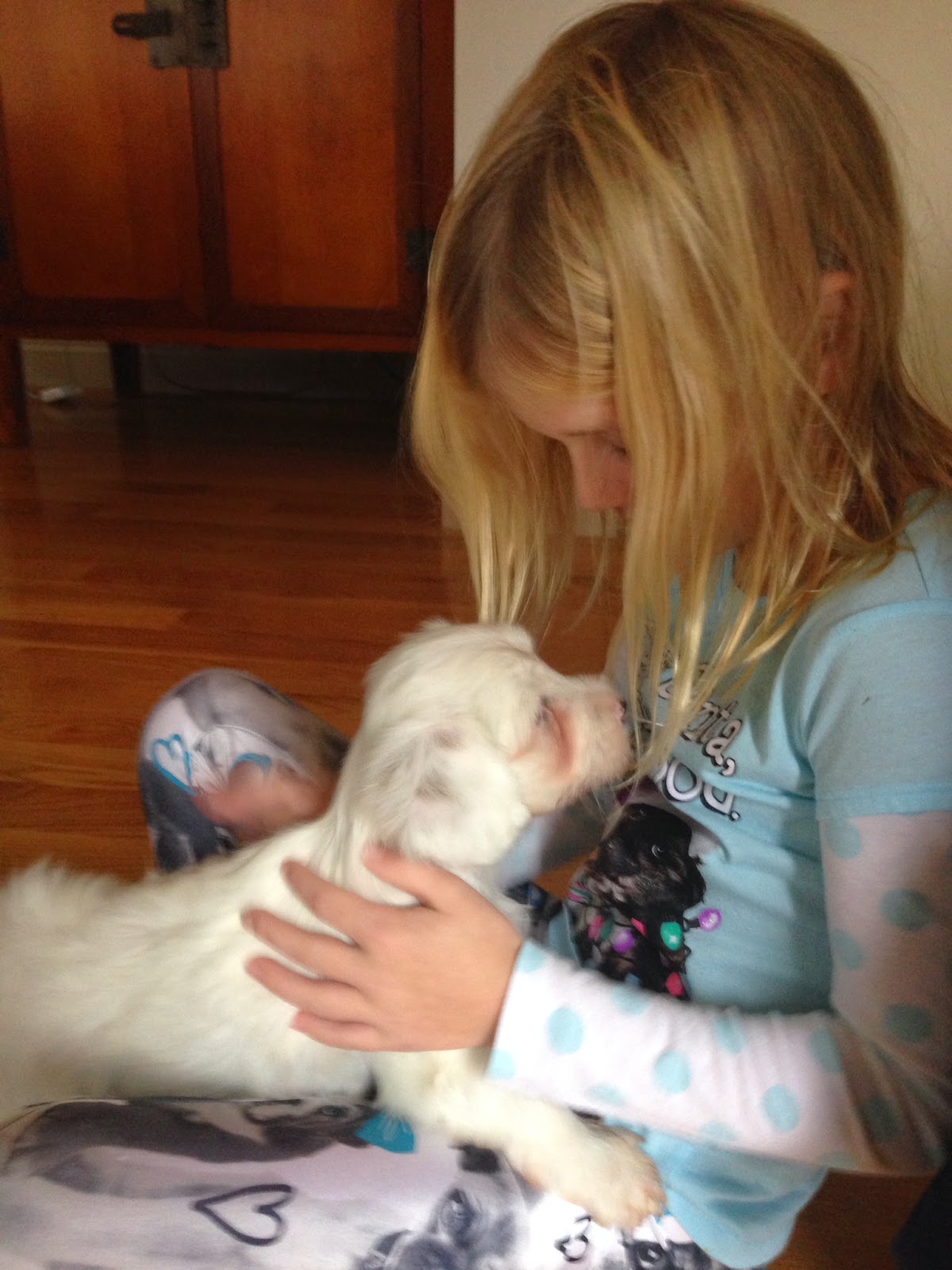 Snowy is amazing. He is adjusting so well-- still eating, sleeping, eliminating, playing like crazy. Last night was much better than we imagined it would be. I took him out around 1, then Ezra took him again at 5. We were very happy with that since he peed both times! Only one small accident in the house all day today. He is such a sweet and handsome boy. We hope your party was fun! 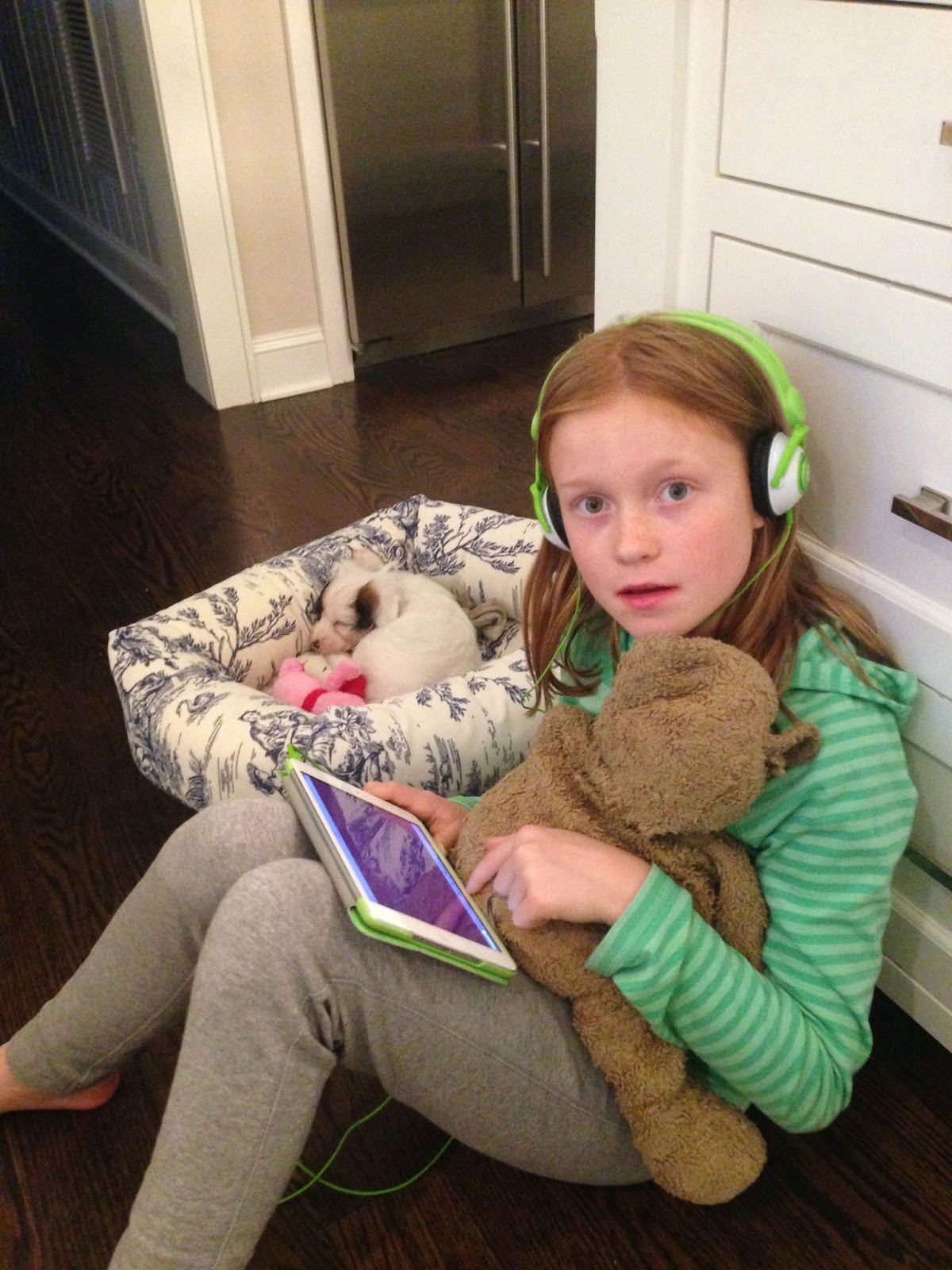 We are home!  Beau was great in the car-he slept a lot then he whimpered and we stopped at a rest stop and he had to go!  Good Beau!!  He loves that baby food!  We are reviewing the articles you gave us- great information- thx!  Hope you have a wonderful holiday- I'll send the paper back to you tomorrow. 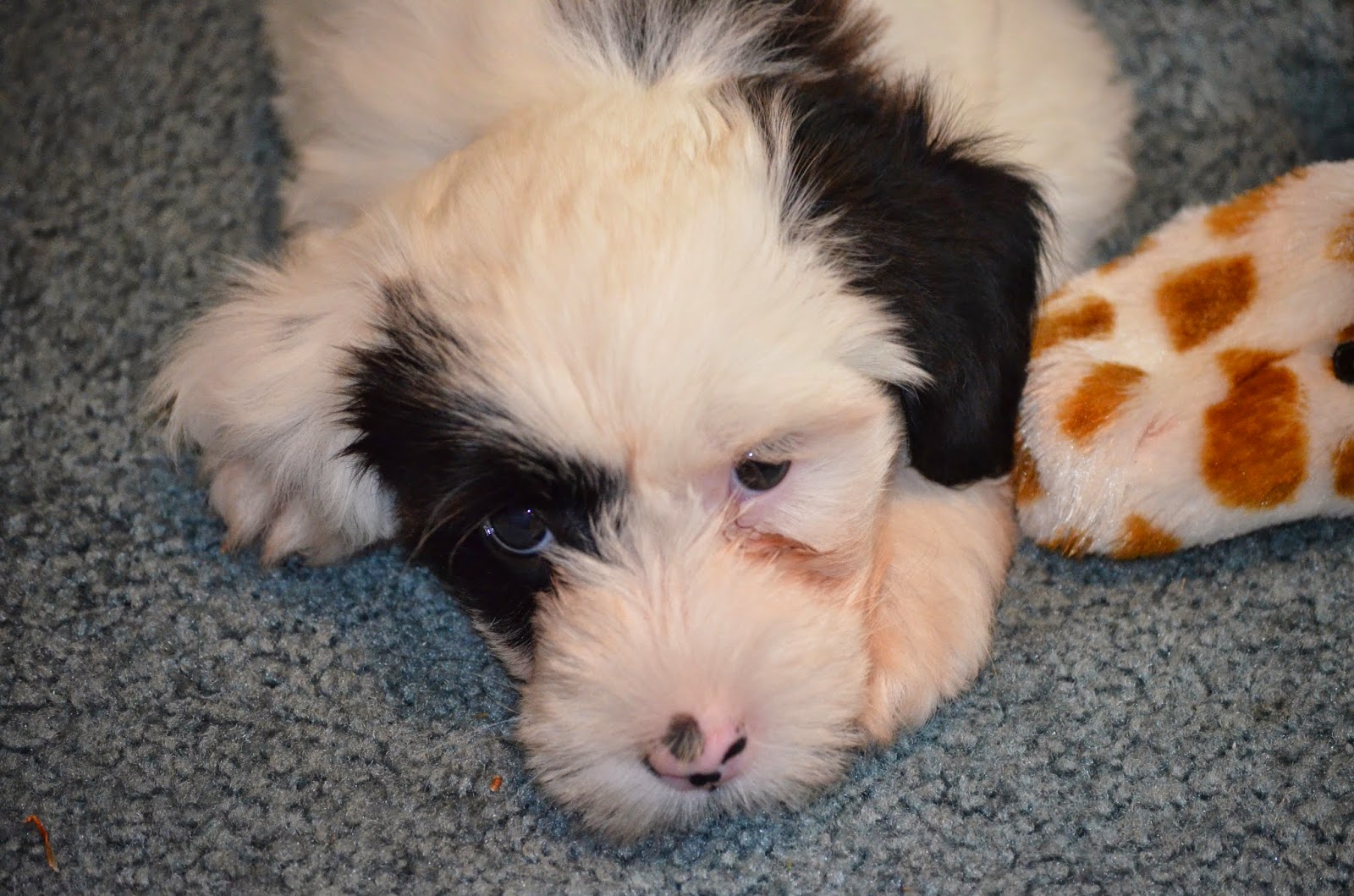 Sorry for taking so long to send an update on our wonderful pup Tinley.  She is a real joy and has brought us much love and happiness.  She has grown a lot and is turning out to be a beautiful dog.  I have included some photos, they were taken in the beginning of October.  We would love to have her come by for a visit some time. 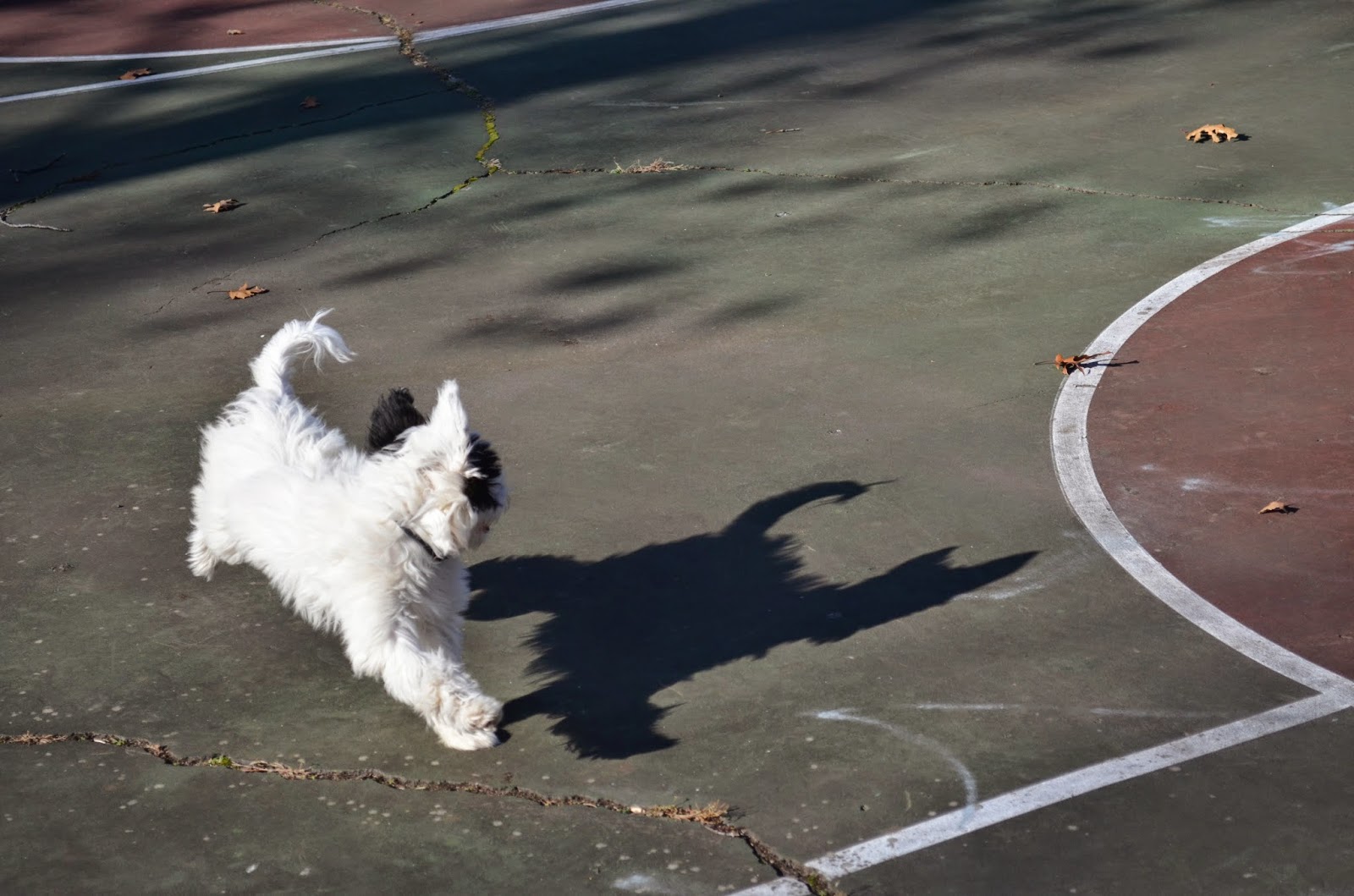 Loved the website. Thanks for including us! Thought you would enjoy a picture of Buddy and Bella together. 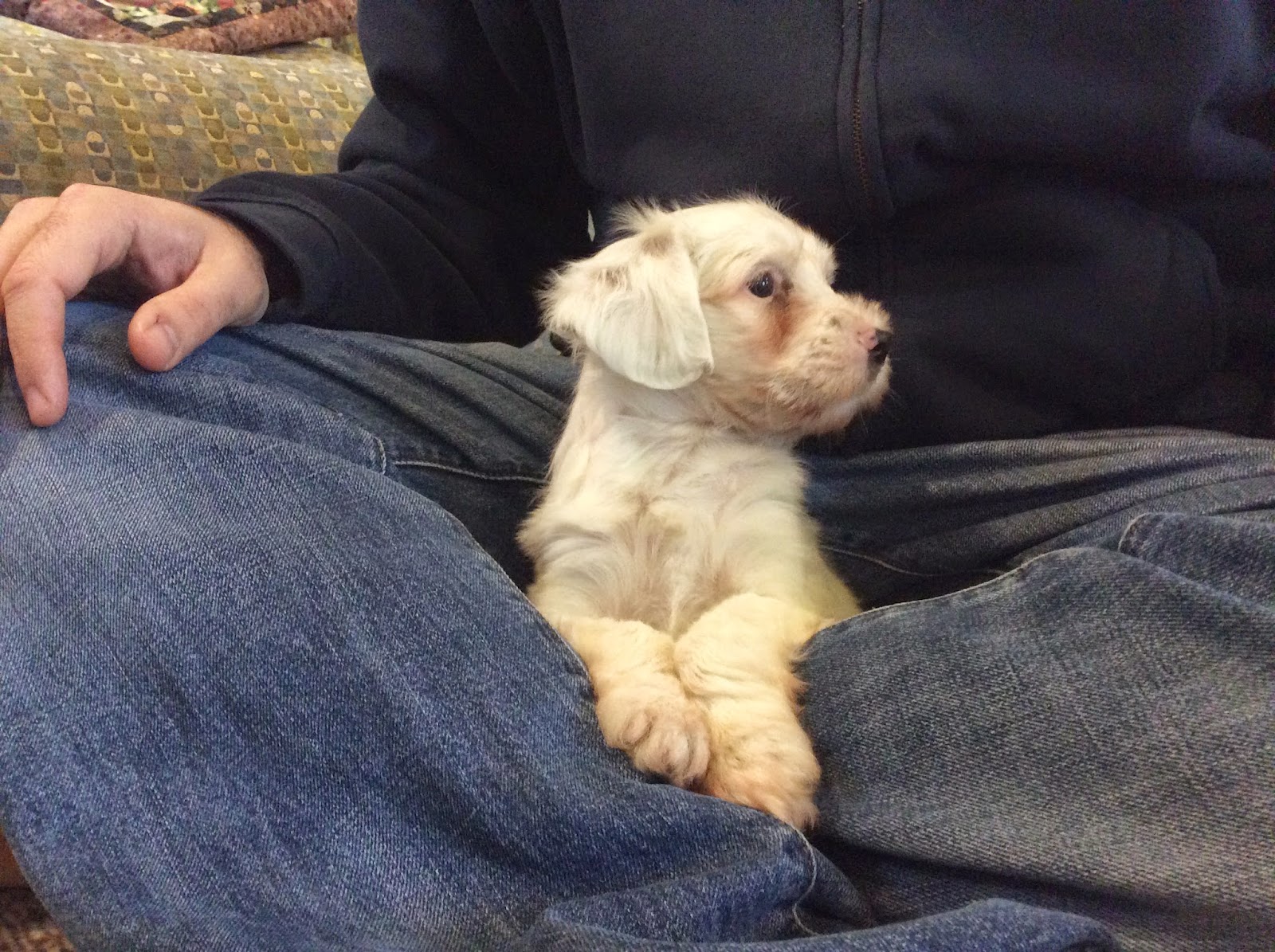 It's hard to believe it has only been less than 3 weeks since we brought Snowy home. It seems like we've always had him!  He's doing very well. I really can't even believe how smart he is-- smart enough that my brother in law has declared "this dog needs a job!"  He started playing fetch the other day and it seems to be his favorite game. He is beginning to walk on a leash. He did a lot if railing against it, but a combination of prodding, coaxing, lavish praising, and treats (bits of cheese) are getting him to take to it.  Once he gets going he loves to walk, and it amazes us how easily he keeps up with us and really hangs in there! He loves everyone-- he is so social. And I have managed to introduce him to a few neighborhood dogs, which he loves.  He has learned to both sit and come when called. Not bad for an 11 week old!  We start puppy kindergarten on January 17. We are looking forward to it! 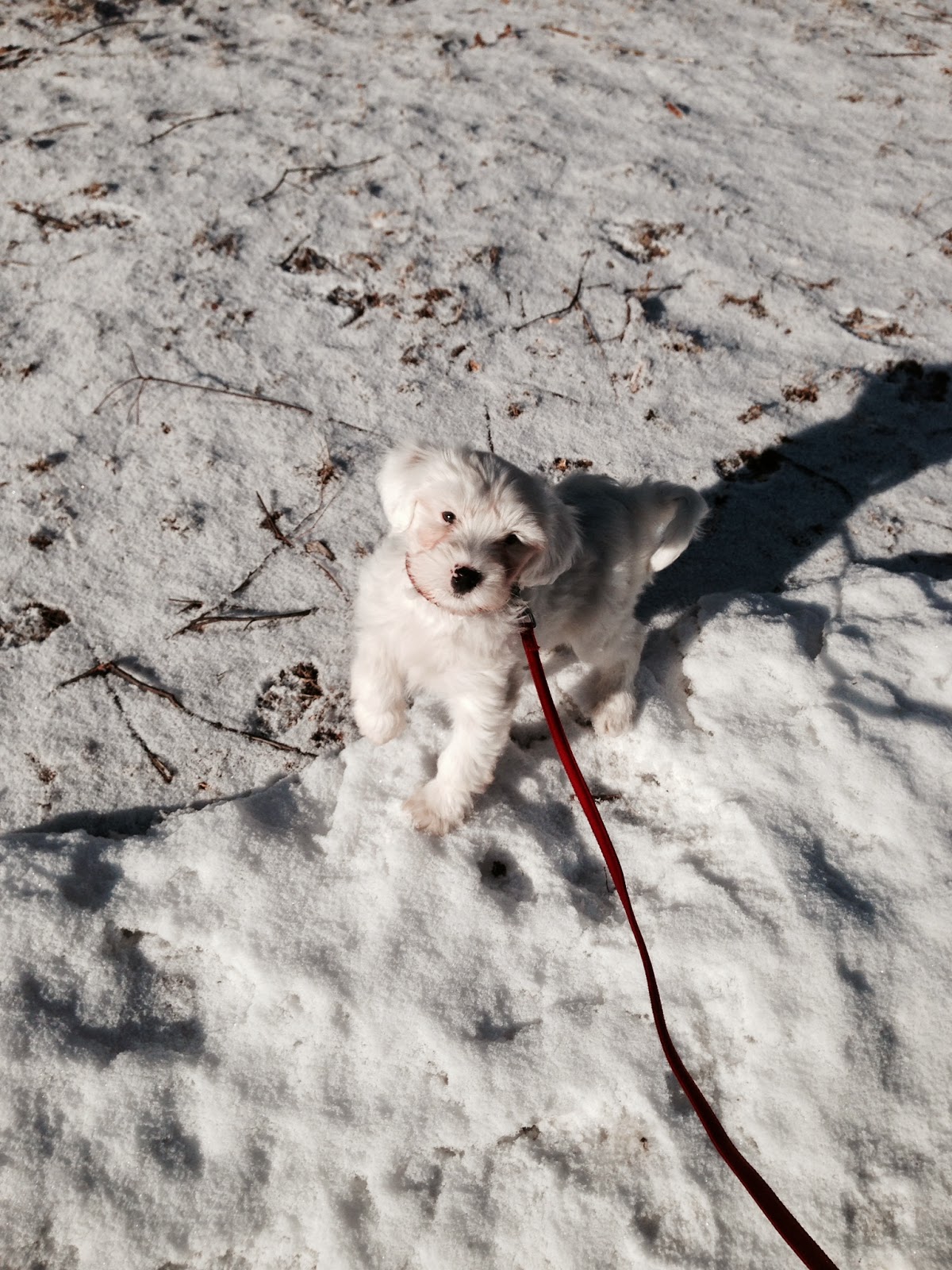 Here is a pic of him...Snowy in the Snow. It's hard to see where he ends and the landscape begins.  Happy New Year!  We hope you and your puppies are all well.

Look at Ozzie and his gorilla from when he first left and the handsome boy today. We're all stuck inside, Ozzie, because of this snow storm! 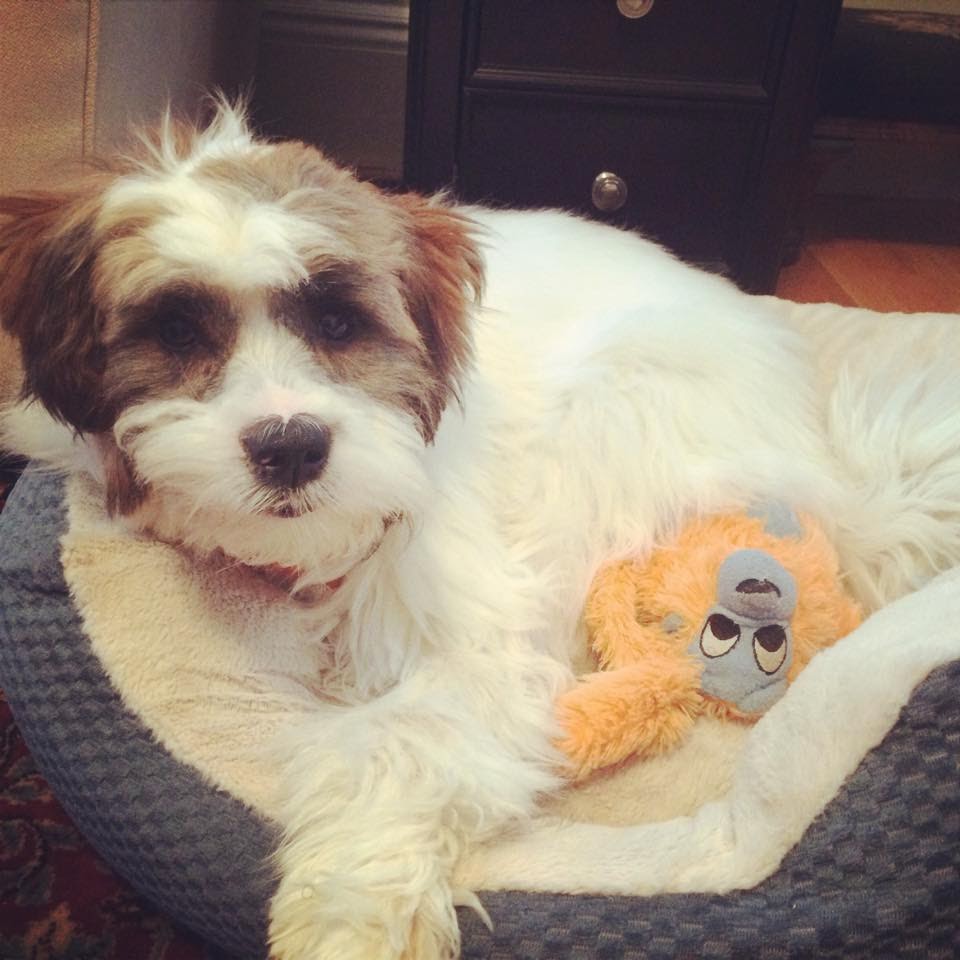 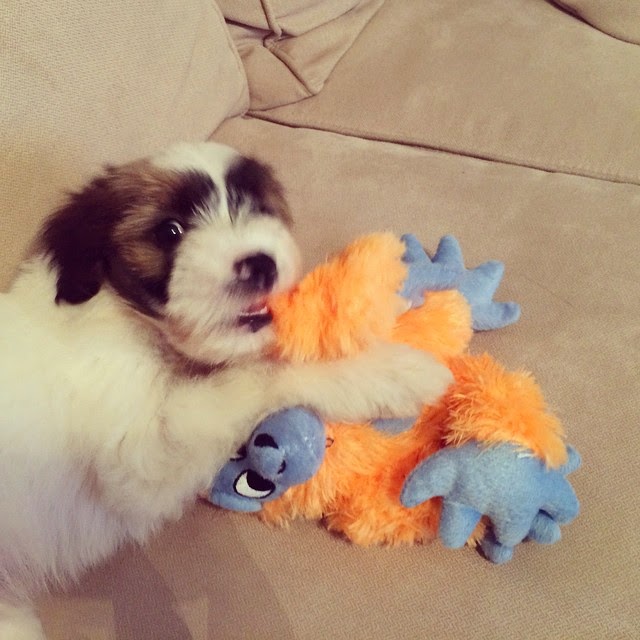 He and the beautiful KDee made these beauties. 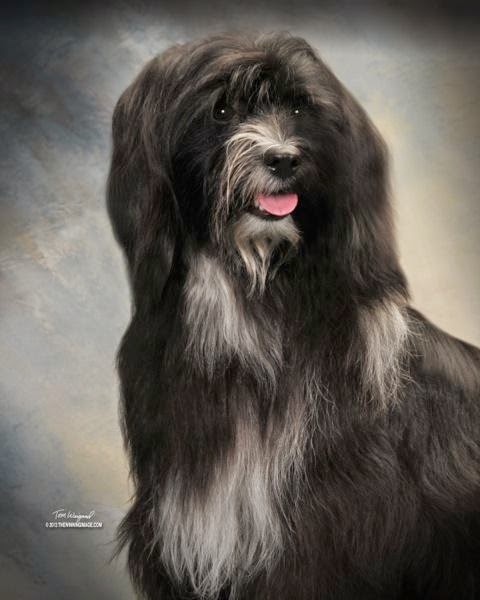 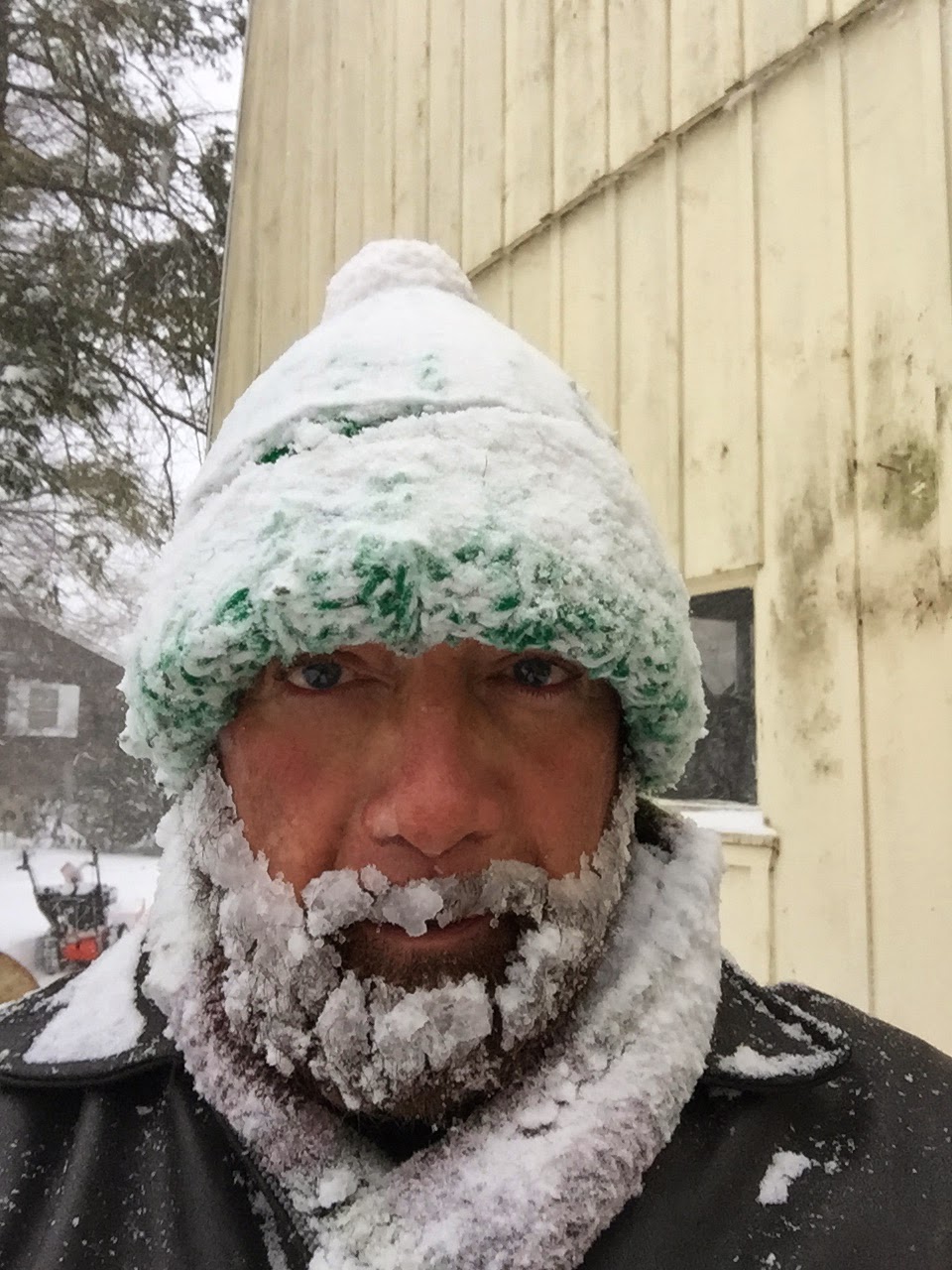 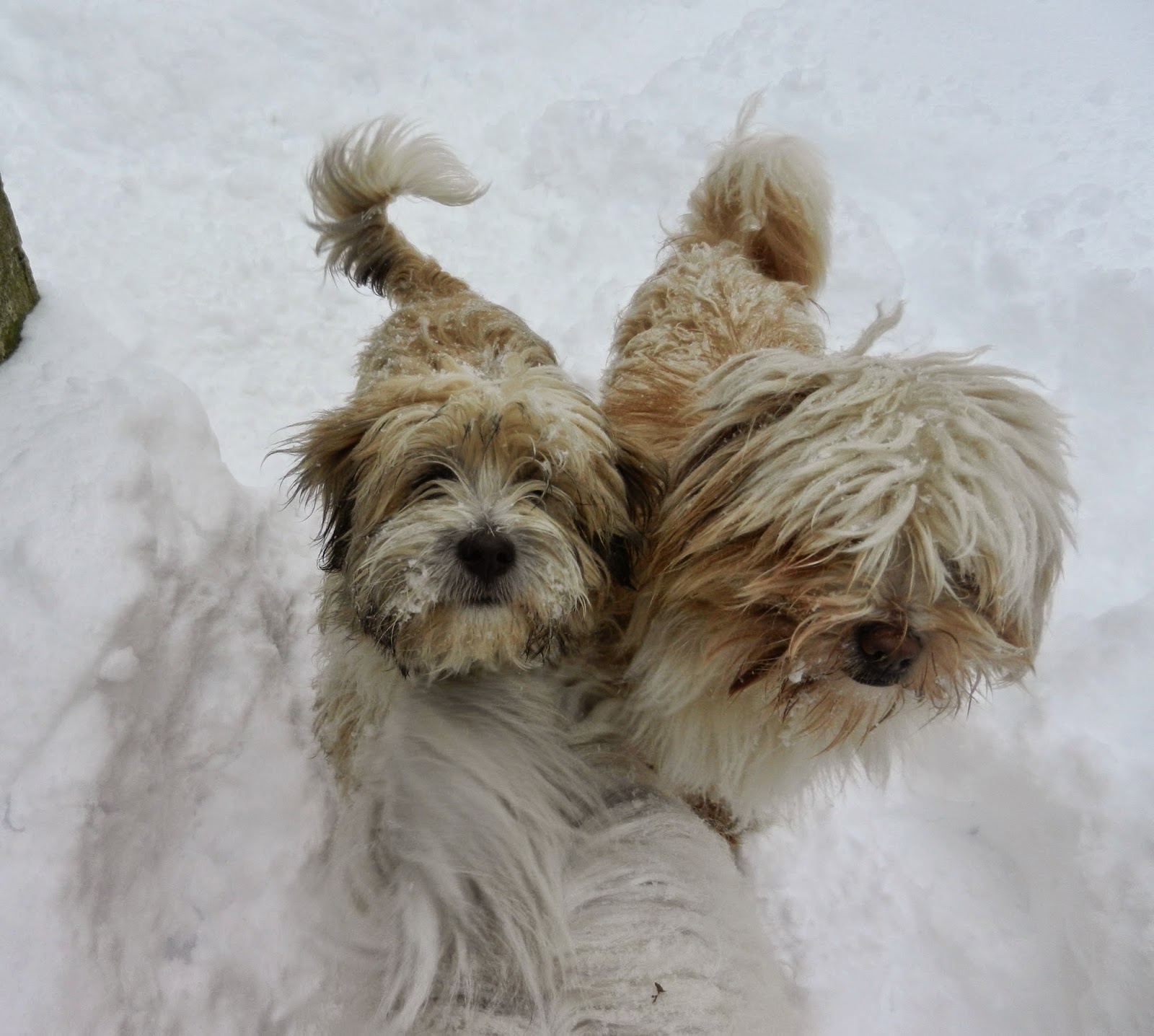 Winter has come on like a lion here in the Northeast. Came home from warm, sunny Puerto Vallarta in Mexico to be greeted by inches and inches of snow...and of course got to use my trusty snow blower. Now that it has finally come, old man winter doesn't want to give us any rest.

The TTs are enjoying it...except for the Siberian like winds whipping across from the park. Come on Spring!

Posted by Kiara Tibetan Terriers at 3:49 PM No comments: